Hi all, I hope this is the right category. I’m thinking about trying to make doukake/tenjin cap sets to sell. I ordered a couple doukake “blanks” from Japan and will be experimenting with those, but also trying the paper mache method from Kyle’s book. As someone who loves collecting textiles but doesn’t really have anything to do with them (I don’t sew) I thought this could be a fun way to use my stash. NOTE: I’d only be making tsugaru doukake sets for now, since that’s the only style shamisen that I have to base the fit on.

So, I wanted to get a feel for the potential demand.

I appreciate any input!

I found some nice bright Japanese fabric on etsy that I purchased to make a doukake for my small Japanese doll shamisen that I restored. https://community.bachido.com/uploads/default/original/2X/9/962877f98454e009df6e8d2705c2ae108c617941.jpeg and https://community.bachido.com/uploads/default/original/2X/d/d4525afc605b768a5183651d048429d86c4538e1.jpeg I think it worked out nicely using the paper Mache method that Kyle shows. I plan to use the same method to make doukake for my Shamibuddy that I received yesterday and for a couple other used Shamisen that I have. I think Doukake improve the looks of the Shamisen, but making my own provides the selection of fabric color and design that I may like best.

Wow, I recently decoupage’d my own doukake and tenjin cover actually. Just last week in fact!

@pboman , it looks like we picked the same pattern too! It’s such a vivid colour with a beautiful pattern!

The tenjin cover is more rough than I had hoped it would be but the doukake isn’t too bad for a first try. I’ll need to improve on it some more but here’s what it looks like 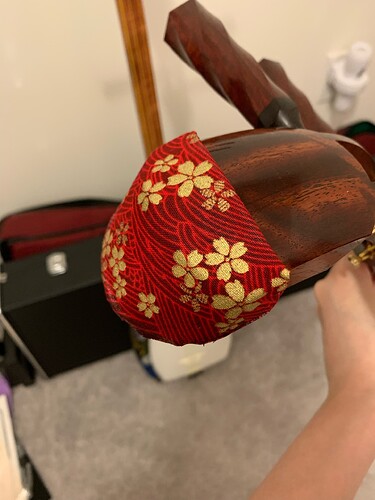 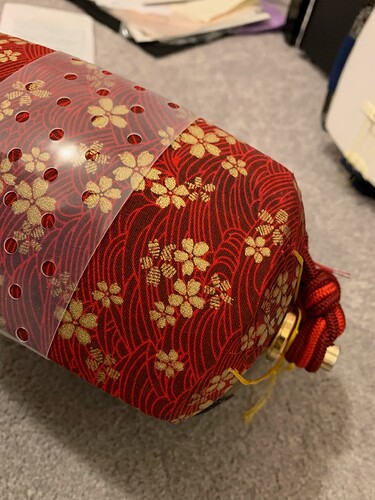 So neat! Did you need to sew anything on the tenjin cover? Mine came out pretty bulky

will have to redo it…

What sort of patterns do you have?
There are many factors to put into consideration, however, if you really enjoy the process of making them, I´d say go for it

Make two or three, show them to people and what sortiment you have (fabrics, patterns) that people can chose from.