So I have been watching shamisen videos lately and I’ve seen how different players switching mid piece to play the san no ito and ichi no ito with both the index finger and ring finger, is this some technique?

It is not really clear what do you mean. Can you please provide some examples (some videos you mentioned with the timing where is the part you talking about).
Are you trying to figure out in what case the each finger used? 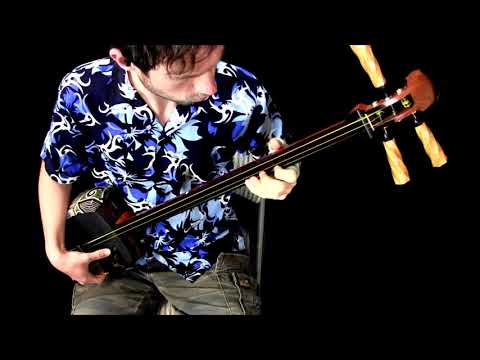 So when playing the shamisen what finger are you suppose to use? Is it like a certain finger for each string or one finger can be used to play multiple strings?

When not labeled, I is implied.

The reason to use one finger or the other depends on the desired sound and the relationship between positions.

When using your index finger on the third string, the ideal form is to press the string down with your nail to create a clean, clear sound. When playing with your middle or ring finger, more of the flesh of your finger tip will be used, which fuzzes out some of the clarity.

For … whatever reason, many positions on the shamisen seem to very naturally fall between the width of outstretched fingers. At least on my averageish hands.

Which is to say, if you want to hit position 8 from position 10, alternating between your index and ring finger instead of sliding back and forth allows you to move between them more quickly. Similarly, the odd positions (3, 5, 7, and so on) tend to fall within the distance between index and middle fingers. When an extremely clean sound is not necessary or desired and other techniques would not cause issue, it’s common to use these other fingers in order to ease play.

At least, this is my understanding.