How much wood do I need?

I recently acquired some Brazilian ipe, which is a very dense hardwood (I don’t know specifically how it compares to other woods, all I know is that it’s really heavy), and a friend suggested making an instrument with it, so I’ve been researching making a shamisen. At this point in the process, I’m trying to figure out how much I’d need. It’s my understanding that the dou and the sao are made of different wood, and the sao is where the hardness is important, correct? So I could use something more common, cheaper, and easier to work with for the dou? Are the nakago and tenjin separate pieces from the sao, or the same? Are they the same type of wood as the sao, or does that not matter? According to the book preview on page 13, the wood for the sao should be 66x9x5cm. Would it still work if it was only 3cm/5/4" /wide? I don’t know if the given measurement is for a wide or thin sao, so any insight there would be appreciated.

I can see one page of the materials list in the book preview, but it would be helpful to know what other materials, especially wood, I’d need. I would rather not buy the book until I know whether or not I’m going to make one.

This might be a dumb question, but does the body have skin on both sides or only the front?

Last, but certainly not least, how have you found learning shamisen? I don’t play any string instruments, and so was wondering how difficult it would be.

I can give you some information on traditional construction and history, but I will not be able to answer many questions specifically related the actually building. If you’re truly interested, buy the book!

According to the net, Ipe has a hardness rating of 3510 - this places it above the usual gold standard Red Sandalwood/Zitan which has 2940. Ipe is, from what I can see, closer to the wood used in traditional ebony pegs. So that’s a hard, heavy lumber you’ve got!

Shamisen have traditionally been built from karin (red oak), shitan (rosewood) and kouki (red sander). Respectively, these are ordered in terms of hardness and expense.

Generally speaking, the body of these shamisen are universally made from karin whereas the other woods are used in building the necks. Occasionally, one might find both the body and neck made from these other woods, but it’s uncommon.

In all of my instruments, the tenjin and nakago are seperate pieces from the majority of the neck. I cannot say if it matters or not.

I’m not the man himself, but I suspect the advice on wood size is for building a futozao shamisen for use with the tsugaru pieces in the book. Futozao shamisen generally have a neck which is greater than 2.8 cm and up to a mammoth 4 cm. The majority clock in around 3 cm wide.

The body or dou is skinned on both sides. Some players use a hard back in place of dual skinning, but traditionally it’s leather on both sides.

Shamisen was my first instrument, and I found it quite easy to get in to. There’s only three strings after-all :p.

As with everything, however, your mileage is going to vary.

About the book:
I bought the book without being even sure that I would ever get as far as actually making a shamisen. The book itself contains many information, not only about building a shamisen and some of its accessories, but also skinning which is very useful, should you get an instrument with a broken skin.

If in the end, you decide not to build a shamisen, then the book still has a lot to offer in how to read and play the notation + a lot of pieces to play and practise.

And it´s fun to read.

If the sao carries sound to the dou and is the more important wood for sound, then so is the nakago, as it connects the sao into the center of the dou to resonate. The tenjin would have the least to do with sound quality aside from holding the itomaki.

How much wood you need largely depends on how you orient your grain and your amount of waste, so that can vary. Ipe is consistant in my experience and while sharpening your tools will be intensive,I don’t expect much waste. While I wouldn’t tell you not to use it, I’ll just say I wouldn’t.

The book is soooo valuable not only for building and calculating the needed wood, but crafting the sawari, skinning, and basic playing technique, as well as several song notations. Skinning alone isn’t cheap or easy so anything to make that easier to digest is a plus.

That’s all very helpful! Especially the English names of the various traditional woods and the dimensions you gave. Do you know if futuzao, chuuzao, and hosozao typically have the same neck length or different?

Although I would love to buy a shamisen, even one with a broken skin, given my current situation, including budget, location, etc., that’s a very unlikely thing to happen. The only way that I can see myself learning is if I make one, using primarily wood that I already have. So, although I have no doubt that it is incredibly fascinating, I’m hesitant to buy the book unless I’m sure that I’ll be able to follow through and actually build it.

Does it include instructions for making your own sawari, zagane, neo, and all the other various hardware? And are they relatively simple? Looking at the website, I can see that if I were to buy the hardware, the zagane are $180, the sawari is $100, the neo is $60, the skins are $200, etc. That means the hardware, skins, strings, and essential accessories alone could run me $700-800. If I add a case that quickly approaches $900-1200. Simply put, that’s outside of my budget. Does the book offer budget alternatives, that don’t require expensive, complicated, specialized single-use tools? (I realize that skinning will probably involve complicate, specialized single-use tools, so other than that?)

It would be helpful to know what the rough wood measurements are so that I can figure out if I can fit it in the stock that I have. And I’d rather be able to do that before even spending $30 on the book. Yes, I know that the book has a lot of cool information beyond just building instructions, and yes, I realize that if I want to build it I’m gonna have to buy the book, but I’d also like to not buy it until I’m sure that this could at least possibly work.

The answer to your quest is both yes and no.

Shamisen necks break down into three types: hosozao, chuuzao, and futozao. All of these have the same length of space to play on (however difficult some positions may be on a hatomune) - but the total length of the neck (including tenjin and nakago) will vary slightly depending on the size of the body and the heft of the tuning pegs.

Since these are hand made instruments, you’ll also find a slight bit of variance even after that fact.

Moreover, within the context of chuuzao shamisen a special subset (tanzao) exists. These are slightly smaller than standard and are occasionally referred to as “soprano” shamisen.

As a corollary to this, “bass” shamisen exist. But uh… to call them rare is an understatement 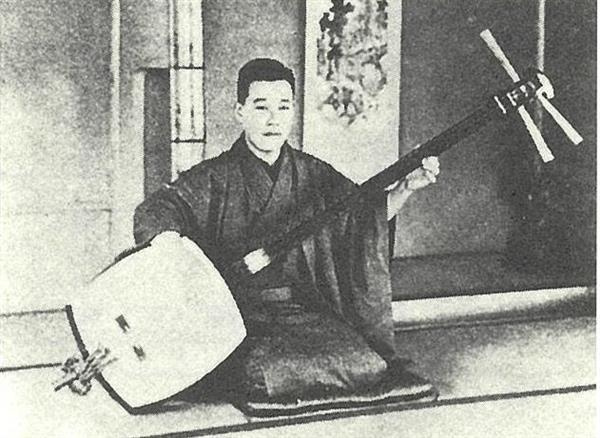 Standard shamisen (from hosozao to futozao) usually clock in at 98 - 102cm from tenjin tip to the end bit of the nakago. Some larger models may hit 105cm if the body is big enough.

Do you know if nagauta shamisen typically have the the metal bearings (zagane?) for the itomaki, or do they sit directly in the wood holes?

Zagane are standard in all shamisen, although the exact size of them differs to accommodate the itomaki typical to the genre.

They are not, strictly speaking, necessary - but without them, the wood of the tenjin will wear down. And repairing a jacked up tenjin is a lot harder than refitting zagane or replacing itomaki.

Futozao shamisen, such as the Tsugaru or Gidayu, are positively behemoth compared to hosozao examples like Nagauta.

If you look through my post history, I think I have a photo somewhere comparing sizes, but I cannot recall if I posted it here or not.

I almost choked on my breakfast… Man, that´s one large shamisen!!!

Sorry, I have re-read your post and now I see what you mean (I hope

Honestly, building a shamisen yourself does not mean it will come out cheaper, specially if you´re starting from scratch (no tools etc…). From my experience, I started from zero and now, I am at least at $250 without counting the wood. Buying skins can come around $25 per side. No metal parts, strings, and case yet. For this price, you are able to get a second hand shamisen (sometimes with a case and a lot of accessories throw in).

I don´t know what your budget is but you can try searching on Ebay or through proxy servers such as Buyee or Zenmarket. (put shamisen in kanji 三味線 in the proxy search). See what the prices are, postage + import duties in your country. I don´t know where you are located, so sorry if your country´s post is limited due to the current situation. Another thing, a lot of times you can find measurements in the description of the instruments.

If you still are into building - then 3cm wide wood would not work I am affraid, not even for thinner necks because the part that connects the neck (saruo) to the dou gets wider. I would not even recommend “adding” wood by glueing, as things could get really frustrating while working on that part. The tenjin is a separate piece.

For the type of wood - I checked what hardwoods are available in my country and focused on those that had janka hardness at least 1000. To check the hardness, I used the same site as Christopher already posted. You can make the instrument from one type of wood. If you want to use several woods, then I would use softer for the dou and harder for the neck piece and probably try to keep the janka numbers closer to each other (for example sweet cherry dou 1150 + engl.walnut neck 1220) . In any case, I would use the hardest wood for the tuning peds, itomaki.

I hope this helps a bit.